I wrote the following comment in response to David Wilcock’s video What Is Human Beings Means?

It’s 4:25 am and I am feeling internal pressure to say something I have never said in public: 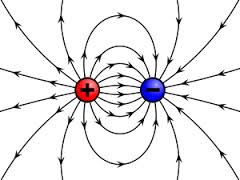 I never allowed my children to say “fuck” in my presence. When possible I continue to request this from others. Why? Why do I feel so strongly about this? Because the word represents a sacred act of union between male and female. Many people on earth throw the word around in the same way they throw their bodies around without any consciousness of the alchemy they are creating for themselves, others and the planet.

People tell me that it’s just a slang word and I need to “get over it”. The problem is I experienced union between my Sacred Feminine (intuition) and Sacred Masculine (logic) years ago when I started my spiritual journey. Their intimately honest relationship (logic backing up emotion/emotion backing up logic) activated my wing chakra and introduced me to Dragon.

There is nothing more intimate or sacred than this internal fire of sexual union. So, I am sensitive to and conscious of this word and now (since I’ve heard David talk about certain food as “weaponry”) I see that profanity is used in the same way: to keep our vibration low and to keep our planet cloaked in dark toxicity.

I challenge anyone to open up mind (male) and heart (female) and let new words of light pour through. Let this sacred sexuality play out from within and let this magical way of being in the world but not of it make a positive/healthy difference.

David, thanks for your apology after speaking the word. You are conscious whereas most are not. My Sacred Feminine and Sacred Masculine are grateful for this safe place, this platform, to speak out—to be sexually active.

My Dragon is happy about this, S/He is flying high!