I saw a dark, menacing face last night as I went to bed. I know this face but have not seen it for years. At one point I drew the face and named him. Last night I asked Angel Michael to respond.

These are dark times. Dark forces have human minds in chaos speaking in many tongues. This lack of unity within humans and between them has reached fever pitch on our planet. We are in crisis.

Angels are present—as I witnessed the other night. This battle of Dark and Light plays out at all levels. Each soul chooses, moment by moment, one or the other. Call on your Angel(s) for guidance.

Darkness is merely the absence of Light. Shine your Light and attract order in your life and on this planet. Yes, you are a significant part of the whole. Your light is needed.

I met Rachna’s mother last night. She is visiting from India and had just read my book She/Dragon ~ How I Found My Wings. She related to parts of my story and was lavishing me with praises. I was amazed by her genuine heart-felt response. As she sat next to me with adoration I felt her own warm, golden light. Immediately I saw white angel wings, as tall as the ceiling, on my left and right. As we talked about gurus I was “hit” with a down pouring of energy that made me feel dizzy. Whew! I have received this energetic message several times before in association with Yogananda, Stargate Crystal, and the Tall Ones. It is a calling card of connection and support.

My friend and her mom think I should be doing more teaching. I have been teaching—telling my story for 45 years—and feel content. I don’t need to achieve fame and fortune in this world. I am wondering, however, if there might be a group of spiritual people I could associate with. My friend’s mother showed me that being with others who know/value Spirit brings in the Winged Ones—and that is the company I wish to keep. What is their wish for me, for all of us? This is what demands our attention during this dark, chaotic time on Earth. 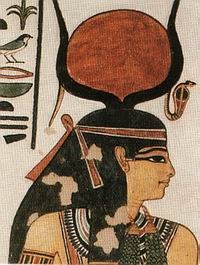 Michael W. Hall (Founder and Director of the UFOiTEAM) called me Friday morning, September 28, to check in about my drive to the Cariboo Paracon at 108 Mile House in Canada and asking, “Where are you?” To our surprise we were both near Bellingham so we stopped at the Food Coop for coffee. Just as we sat down Lee Strauss (cameraman for the iTEAM) called saying that he had a message for Michael. A woman living in Normandy Park had called him. She had been watching a UFO craft through her binoculars from 3:00 am to 5:00 am that morning. A message from the craft was to “Look North” and it was specifically for James. Since he knew we were driving north to 108 Mile House and the Paracon event James sensed the message was for us. With this mantra in focus my drive took on a life of its own. The system of mountains on my left and right spoke of the geological movements that laid them to rest and now they came alive as living, breathing Dragon Lines. Did UFO’s also travel this 97 passageway? These Dragon Lines continued for the entire 5.5 hour drive. It was a spectacular fall road trip. (I had thought to catch the Hell’s Gate Airtram on my return trip but it snowed! I drove to the event in the Fall and drove back in Winter!)

Ley line activation. This earth matrix/grid needs human energy to charge, discharge and recharge as electromagnetism keeps matter in a state of equilibrium and harmony. This activation is personal, planetary and galactic. This energetic Oneness moves through matter as Cause and Effect.
I was drawn to a yellow leaved maple tree for my drum meditation on Sunday, September 29, 9:00 am. As I stood on the hill I realized I was looking North. As I drummed a large spiral came in and encircled a nearby haunted location inhabited by Gold Rush ghosts. I let the energy move freely in Love and with Love since it is the intelligent force. Why is energy moving as a spiral in my drum meditations? Is this the way Light energy moves in relationship to Matter? According to Mary Scott in her book Kundalini in the Physical World:

As all matter is ergoconscious and responsive to formative pressures from above, there must be in our terrestrial context as well as in ourselves, centres and channels through which cosmic energies pass and in which they blend.

Ley lines have been honored throughout time season by season, culture by culture. In a recent “Kundalini teleportation” I was deep underground in what felt like Egypt—maybe even in earlier Lemuria.

Kundalini is more than sexual energy located south, in the lowest chakras. It is one whole energetic circuit starting in the north (crown chakra) and moving to the south to move north again. Kundalini moves via spirals. (Chakras are often referred to as spinning wheels of light.) I appreciate this new awareness via personal experience and will infuse it in my Global-Galactic Drum Meditations.