Another puzzle piece of my spiritual journey just now fell into place. This “sequential” creative process is enchanting as my mental mind is still and lets the pieces evolve without demands for answers. This place of receptivity is Feminine and, as I see it, is the missing piece of our intelligence here on Earth at this time.

I had a dream a few days ago: I was with a group of people who were about to leave on a bus. I went to pack and it took some time for me to gather just the right skirt, dress, etc and…my hair dryer! When the bus was about to leave without me I did not give up in defeat but exclaimed that I had official permission to go with them. I was then on an obstacle course and at the end of it I saw my foot go through a hole, onto a balance beam and then down a ladder. I was victorious!

The next night I had an encounter (this was not a dream but a telepathic communication) with a being wearing a cloak. His collar was prominent and it is similar to the dragon collar I drew in my previous post. This was an answer to the question I have had for years as to why dragon wings are so precise in their design — pointed rather than rounded. I begin to see Dragon as a Star Family and Lineage. I am so grateful for this unfolding Enchantment Tale.

In James Gilliland’s You Tube video Enlightened Contacts with Extraterrestrial Intelligence, hosted by UFO Research (3 hours 45 minites) I heard James speak of Archangels, their wings and constellation. It is fascinating information/inspiration for those who want to ride new waves of consciousness. 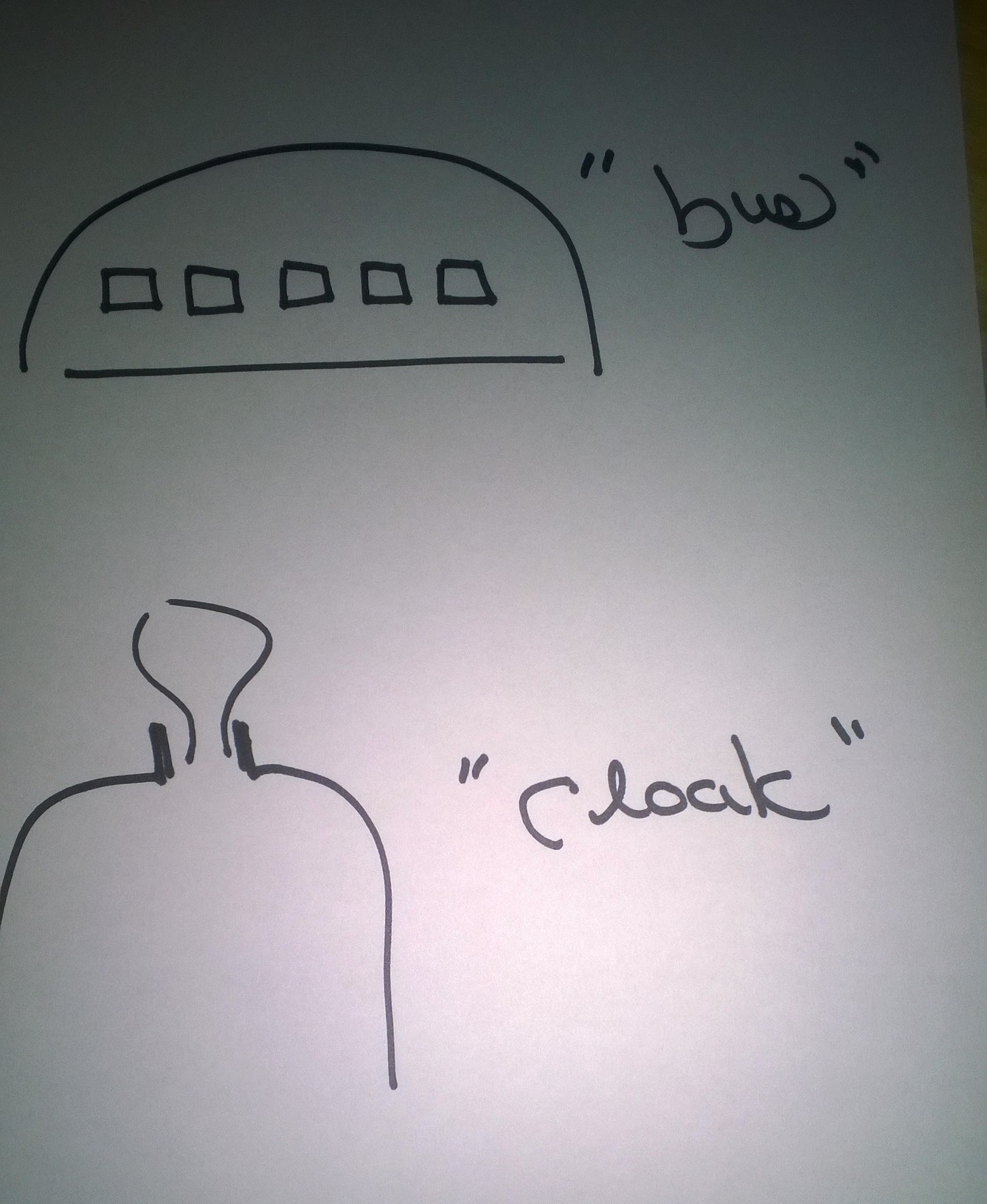 Close Encounters of the Mystical Kind

Contact #1
I was at Mt. Baker recently with eleven others who are associated with the Seattle UFO Network (SUFON). I had a “contact” experience that reminded me of my time at Mt. Shasta in June, 2014: Three of us met Camilla Blossom in Portland and carpooled south. We were embarking on our Nature Spirit Medicine retreat after one year of teachings, phone conferences, water wheel ceremonies and Earth Songs. On the drive I drew this image of S/He Dragon that depicts the Sacred Feminine and Sacred Masculine in both men and women. It was a way to illustrate my inner experience via the book I was writing entitled S/He Dragon ~ How I Found My Wings. 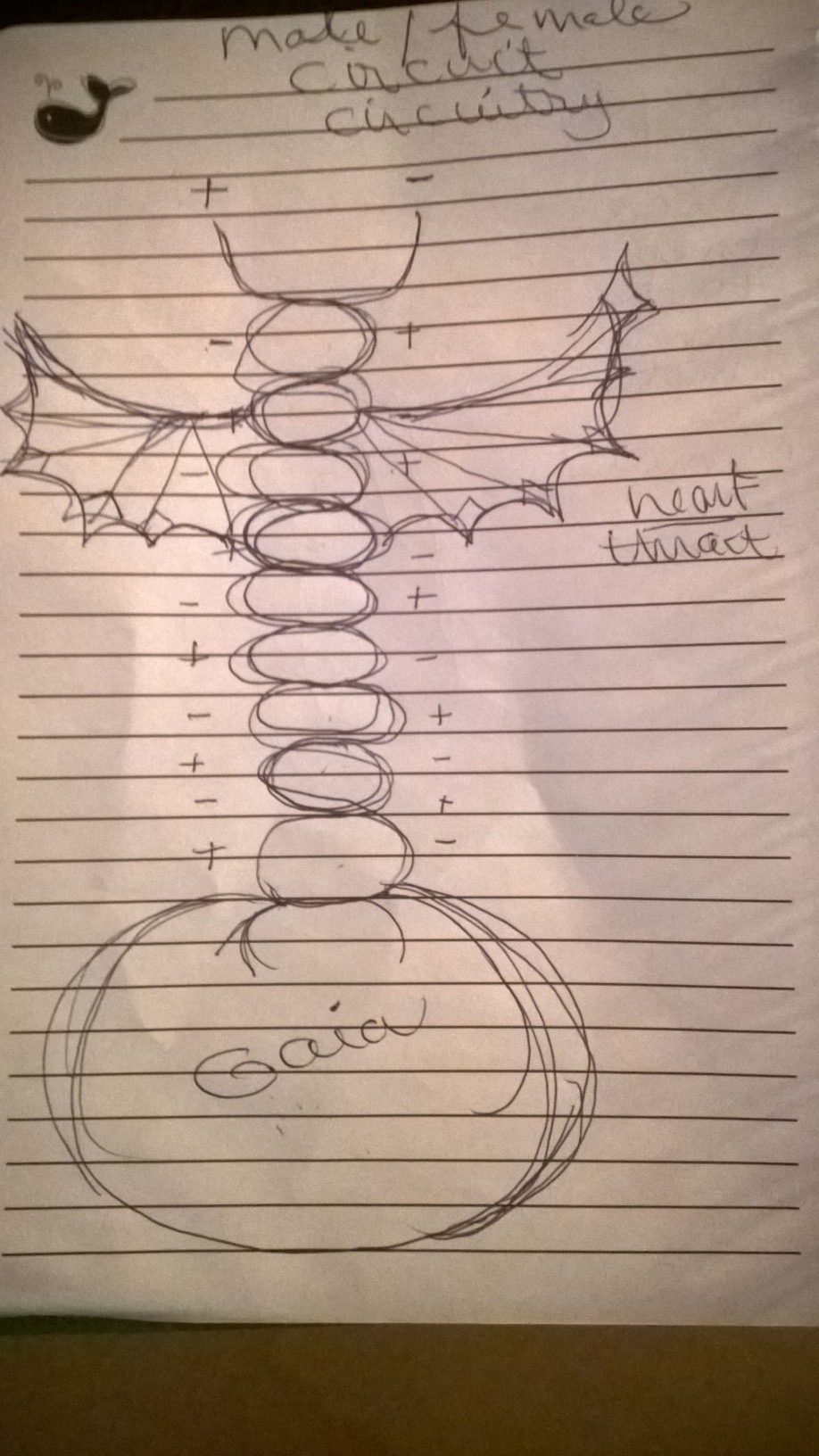 Contact #2
Early in the drive I saw with inner eye (Third Eye seeing) a flying dragon above the car. I drew its wings that had precise arcing lines. A pink neck collar had the same design. What did the collar represent? At one level I sense that it represents my throat chakra and that time in 2014 when I began to tell my S/He Dragon story. At another level it represents the heart and throat chakras that activated my wing chakra. 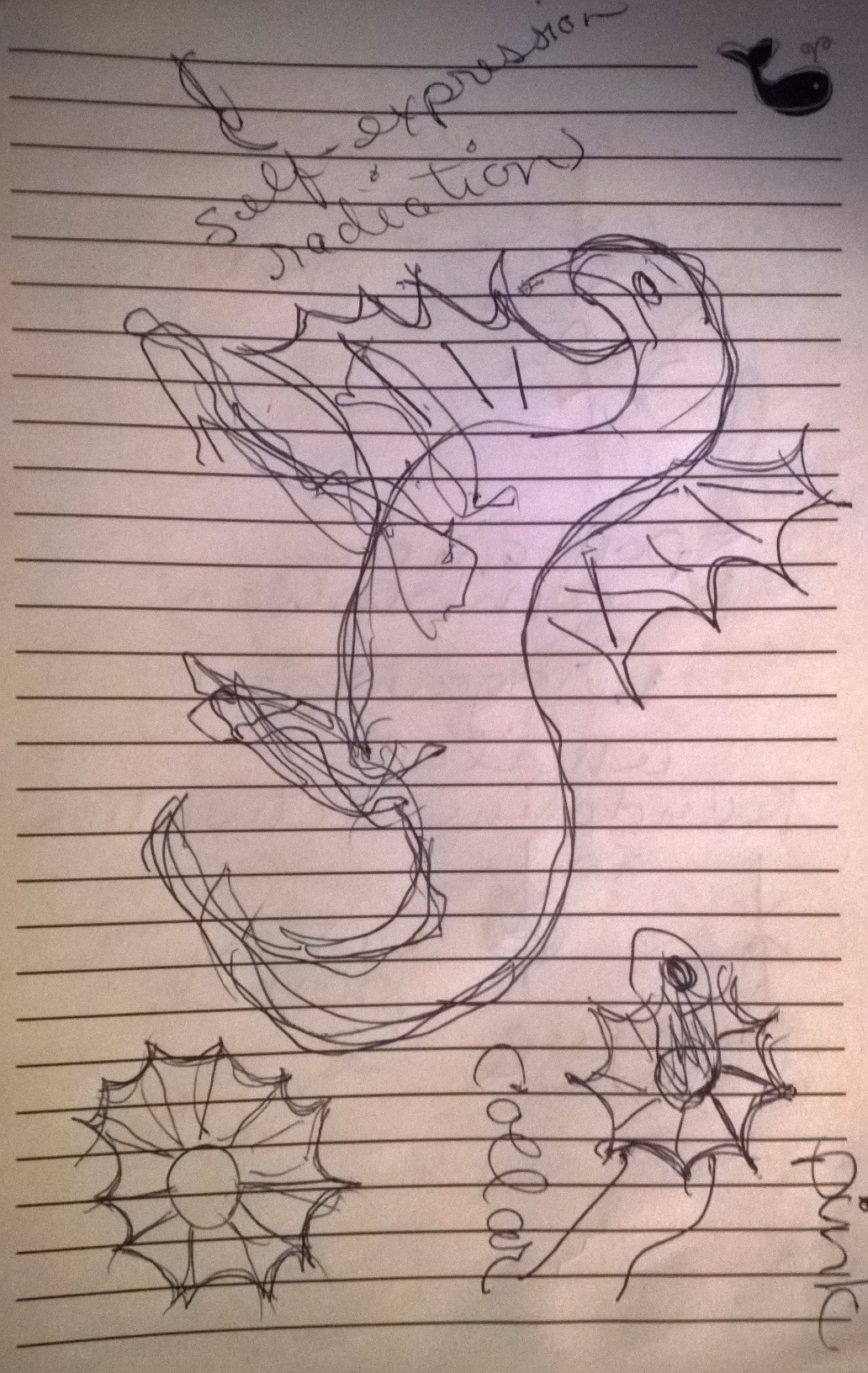 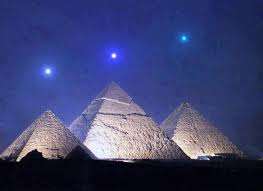 Contact #3
At Mt. Shasta our Nature Spirit Medicine group went into a crystal shop. As I casually wandered past a large quartz crystal I “got” that I was to go back and really look and listen. As I did so the crystal “being” expanded in height as rays poured forth. I had the sense that “Tall Ones” were present and associated with the Pleiades. The intensity moved the ground from under my feet and sent a jolt upward. It felt like a whip lash at the neck and the words I wrote were “dragon coiled.” The name of the crystal? “Star Gate.”

Contact #4
That afternoon at Hedge Creek Falls Trail in Mt. Shasta I felt activation in my crown chakra that sent a current of stillness downward through my body. At the same time I felt an elongation as if I was rising up to join the “Tall Ones.” Then a “pop” released my stiff ankle (this ankle had been blocked for years) and I started to rock back and forth, similar to my experience in the crystal shop. 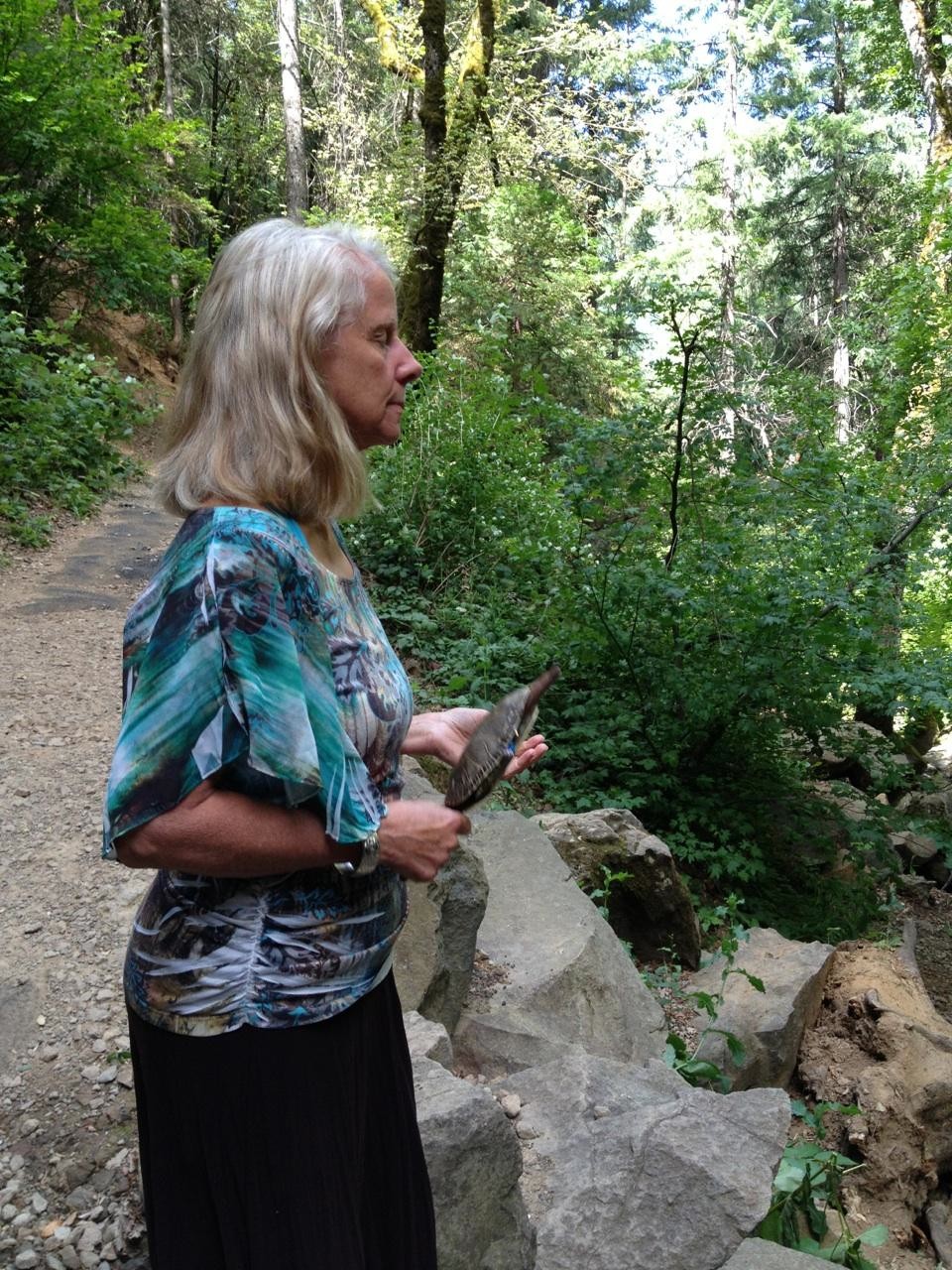 Contact #5
I went to Mt. Baker recently with the Seattle UFO Network (SUFON). Eleven of us lodged at Glacier Springs for the weekend. Each one attending had a personal story as to why they were there. I was fascinated—this was an introductory weekend for me. The first night the guys had their cameras and screens as we sky watched satellites, flashes of light and erratic patterns in the sky. Some saw what they suspected were space craft. The second night we set up in a parking lot near Heather Meadows. After setting foot in the lot I soon felt light headed and started to rock back and forth. I had a subtle sense of being elongated and thought of the “Tall Ones” whom I had met at Mt. Shasta in 2014. “Spaced out” I reached out to someone next to me for balance. This was the same parking lot that Tom Sanger had his “contact” experience in 1988. I was able to share my similar experience with him and as I was leaving the lot he suggested that I pay attention to what happens next. Everything was normal and then so very subtly, as I was falling asleep, I saw above me the form of a circular space craft soft pink/tan in color—the exact same image that appeared in my singing bowl experience.
Why tell these stories of altered states and multi-dimensional realities? Because:
~ This linear reality may be the “altered” state.
~ There are beings of higher intelligence that we meet and greet.
~ Cosmic neighbors are working with us to save ourselves and this planet.

Last night on the television show Ancient Aliens I heard reference to “sound technology.” It reminded me of an experience I had a couple of weeks ago at DreamClinic Massage and their Sound Bath event featuring Crystal and Tibetan Singing Bowls. I love these bowls that sing to my chakras and take me into an altered state of consciousness. Or, is this linear reality the “altered” state? 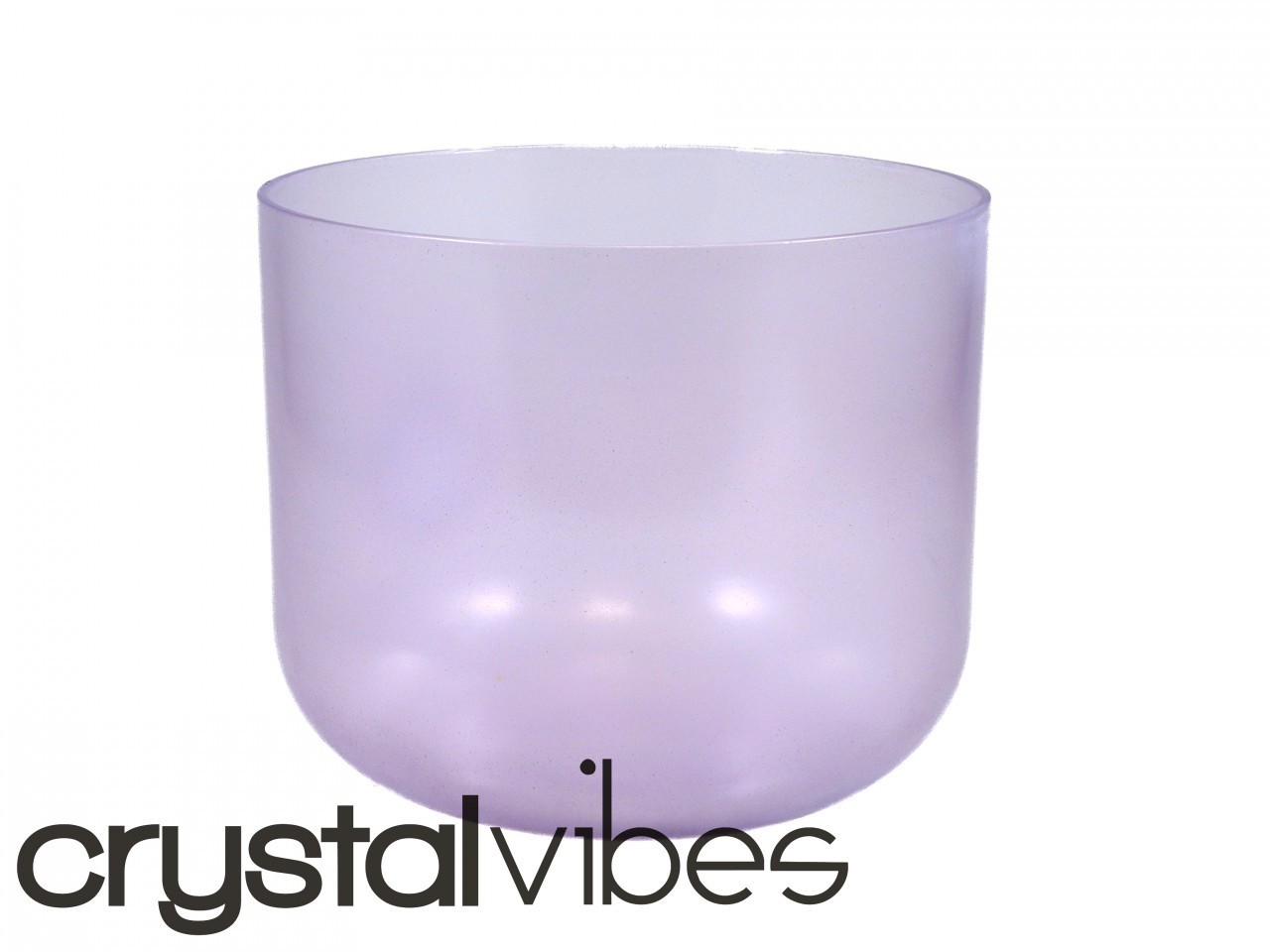 The group “bath” began with vocal toning and sharing and then each participant chose a comfortable position to experience the singing bowls. When the facilitator came to me and played the bowl at my Third Eye I saw above me a round space craft. 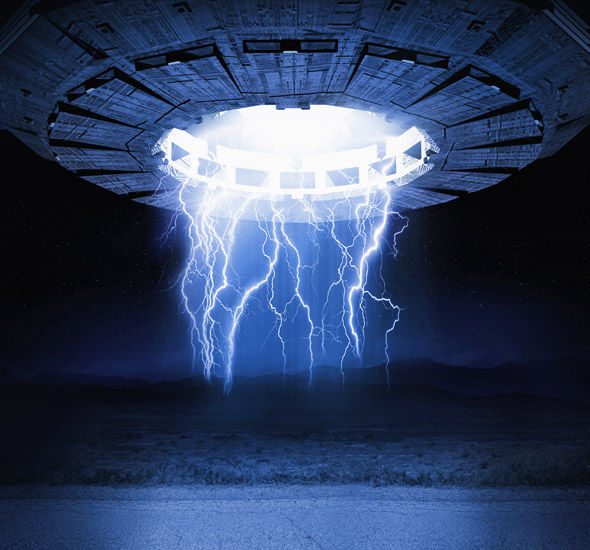