With S/He Dragon books and flyers in hand I walked down the long stairway to Seattle’s Metaphysical Library. I enjoyed being in this funky underground “hole in the wall” in Ballard. By the third step downward S/He Dragon appeared behind me, with wings outstretched at my shoulders. S/He liked this other-worldly place as well! We will return August 13 to tell our story. 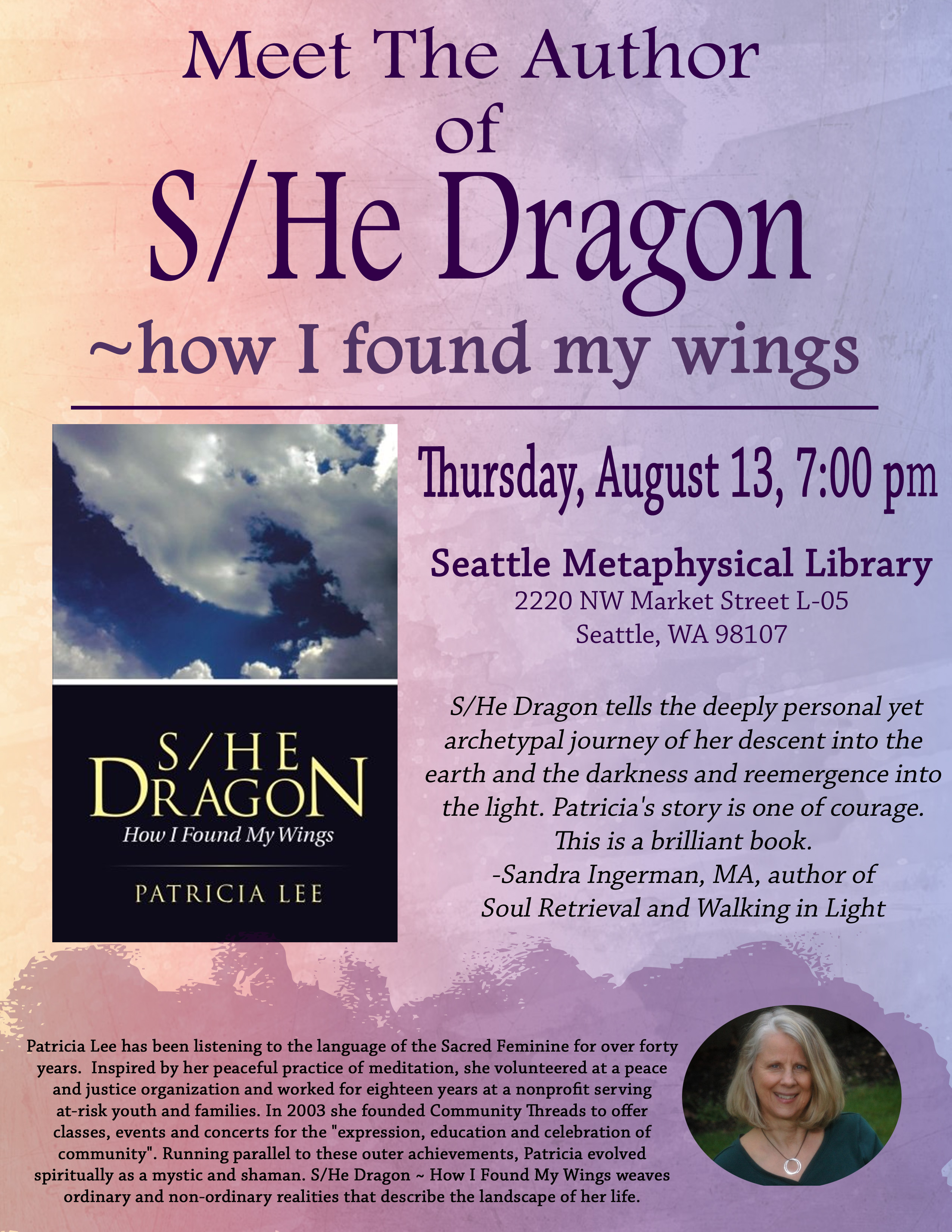 S/He Dragon supports the music of Dana Lyons. Dana and I will present Personal and Planetary Healing on Thursday, October 1, 7:00 pm at East West Bookshop in Seattle. Join us for songs, stories, conversation and book signing. 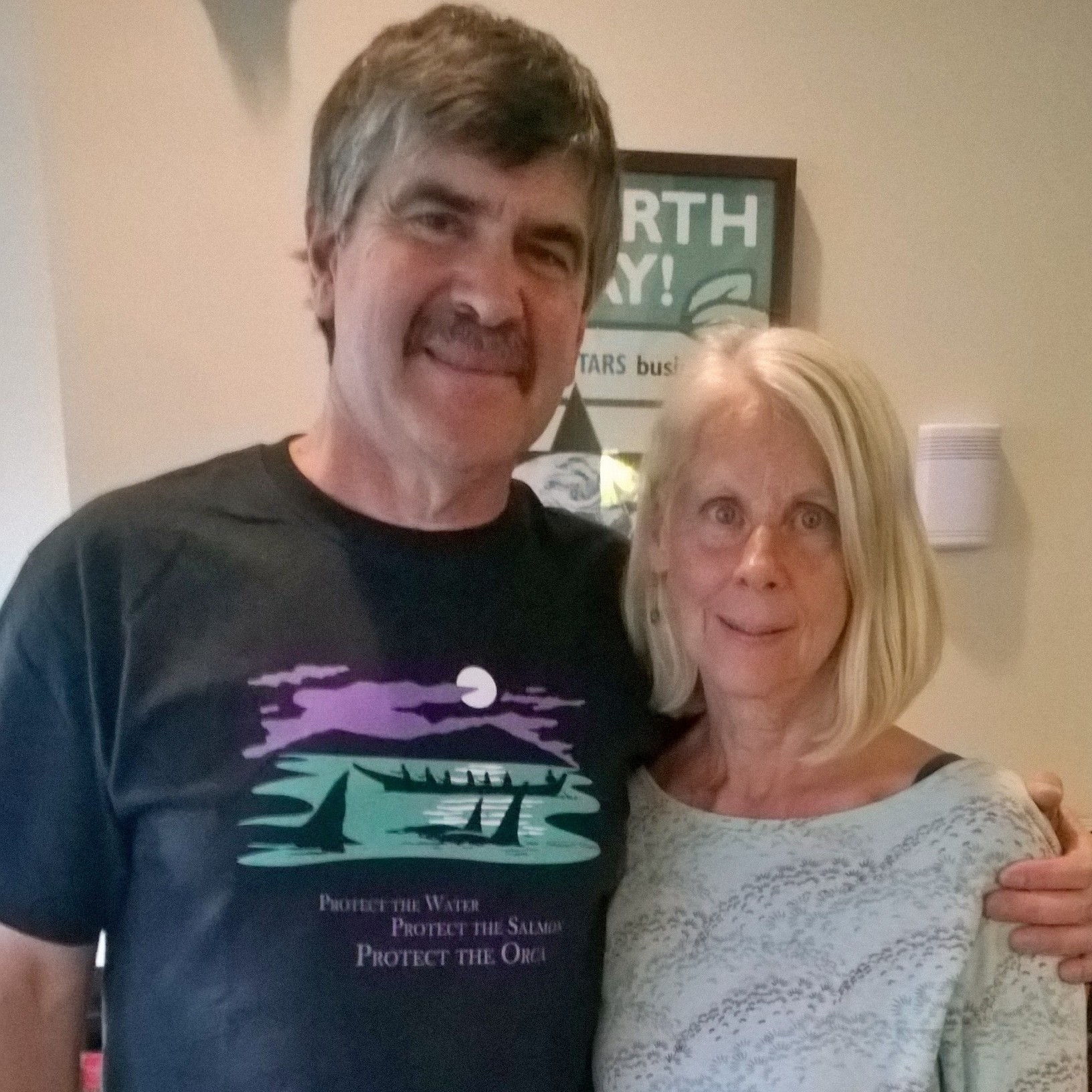 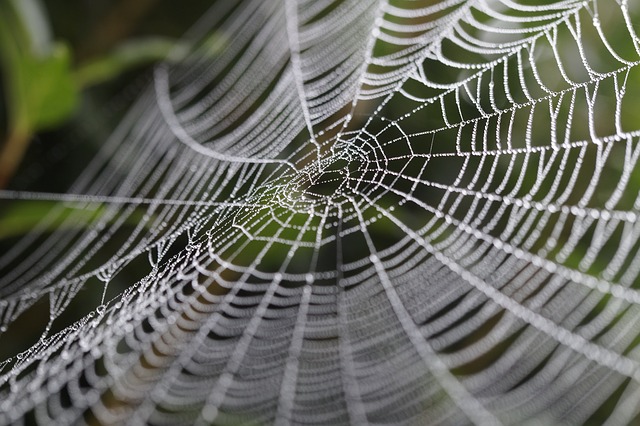 Have you ever been in a co-dependent and addictive relationship?
I have and this poem reveals what it looked like.
The good news is — I learned my lessons and escaped!

Spider web woven
with sexual strands of magnetic potion.
Spider beguiling wanting his prey, needing his feast.
Ah! Here’s a victim so pretty in pink.
Eyes glazing, force oozing, he strikes.
They seldom resist, captivated by seduction.
For the moment it satisfies,
for the moment it distracts,
but it’s never enough.

He’s on watch once again, obsessing.
I grow weary of the repetitive scene
observed from my place on the sticky web
bouncing me this way and that.
One day, I will escape this web
and the poison we weave.
One day, I will be free.

S/He Dragon ~ How I Found My Wings, Chapter 12 / Fertility
Available at BalboaPress.com, Amazon.com, Barnesandnoble.com 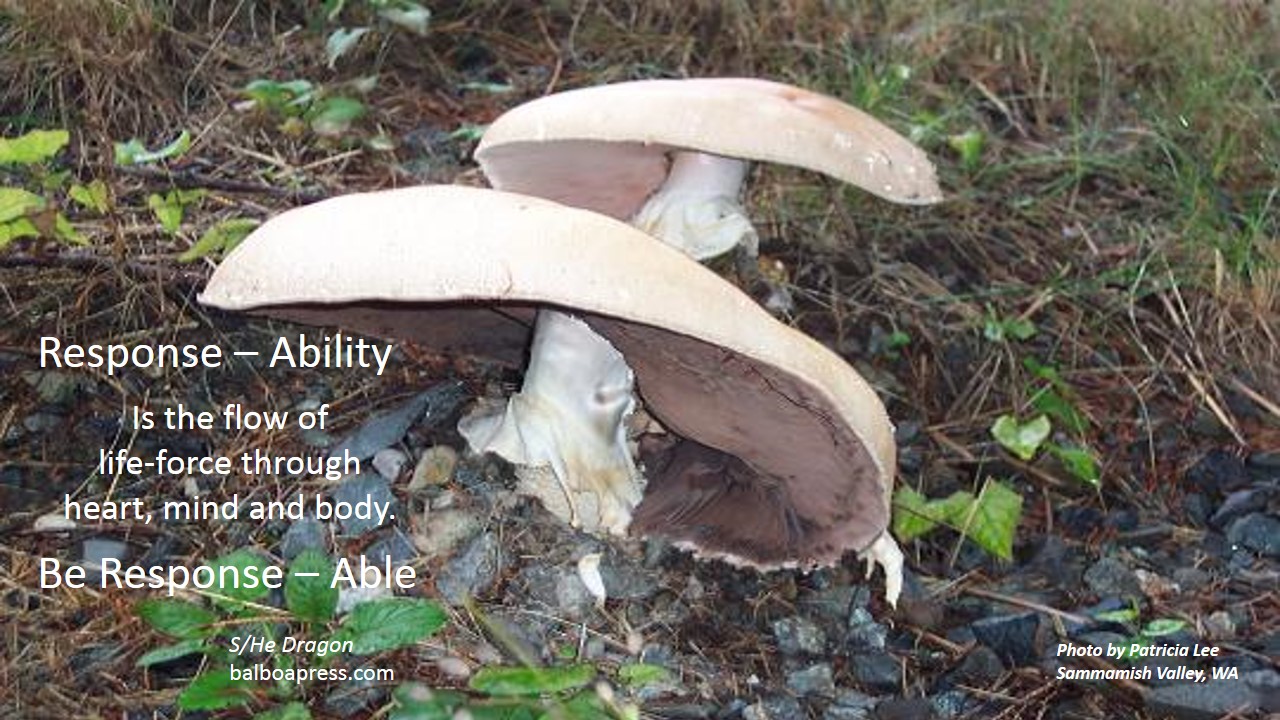 I woke up and had the feeling as if something major happened in my sleep. I tried to remember. What was that dream? It was hidden deep but I worked my brain to bring it up into consciousness:
I am catapulted into space, lost and out of control. A Being tells me to flap my arms like wings, as this will give me control. I flap my arms and start to arc in descent. I fast approach a ramp arcing upward and I lock into it in a crouched position. I stand up straight raising my hands in the air like the Mountain yoga pose and a victorious gymnastic feat.

What is the message of the dream? I hear several:
~ We are supported by Beings of other realms. Call them Angels, call them Aliens, they are spiritually advanced using telepathy and dreams to communicate with humans.

~ Planet Earth is out of control spinning through space. If enough humans “find their wings” we can help Her find a balanced course.

~ Yoga means union. It is time for spiritual humans to ground with Earth — victorious.

I have two upcoming S/He Dragon talks/book signing events and have not had the focus to determine the topic and language for the flyers. Today I read an email from Margaret at the Seattle Metaphysical Library whom I met at Michael Tellinger’s talk. Her description of my talk aligns with my dream. So I am going to go with this “Angel” focus. No wonder I have not been in focus! I needed this dream to ground me in the right direction!

Hear her talk about the help and advice she received from her angel to not only get herself out of a deep depression, but to start her own healing journey for herself and the world around her.” 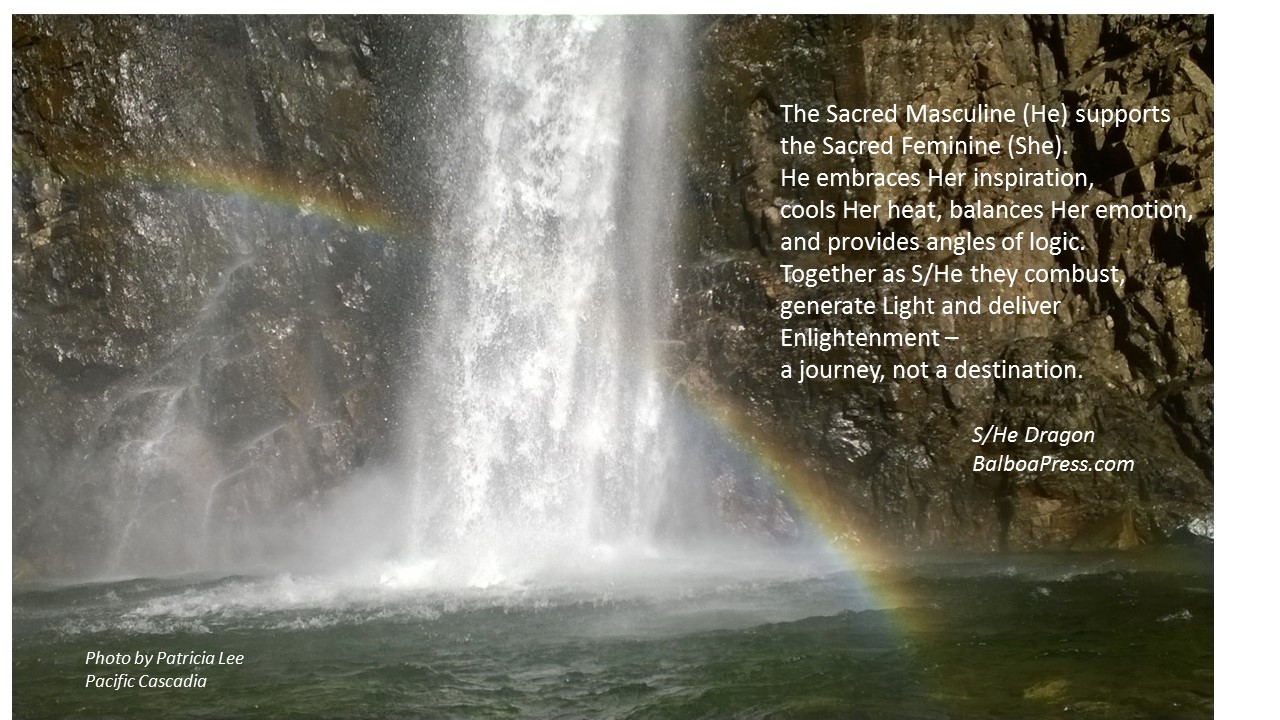